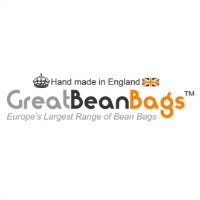 Great Bean Bags is a British manufacturer of bean bags of all shapes and sizes with an established ecommerce store. Their target audience includes both B2B and B2C, to whom they sell stock products and bespoke items.

Great Bean Bags were investing in paid search advertising to boost their sales but seeing little return, and their organic rankings were suffering after their exact-match domain name fell in value. They started working with Impression’s PPC team to drive increased revenue and improved ROI, with a view to:

In order to achieve a high increase in revenue in such a short amount of time, the PPC team implemented a 6 month strategy which consisted of restructuring search campaigns, building an evolving shopping strategy, and implementing smart retargeting.

After an initial in-depth account audit and competitor research period, we quickly identified that the initial priority for the account was search, as this was proving to be barely profitable. To remedy this, we restructured the campaign to allow budget to be applied more efficiently. More specifically, we implemented a SKAG (single keyword ad group) structure in order to have more granular control over performance, whilst retaining data density.

However, whilst ROAS goals were being met within Shopping, our projections suggested that the biggest opportunity for growth was here. This was our next challenge.

Over a 6 month period, we implemented a series of increasingly complex search-query sculpting techniques within Google Shopping:

Additionally, this was all supplemented by dynamic retargeting campaigns, which target users based on products they’ve previously viewed. In particular, segmenting these into behaviour groups (eg. abandoned carts, viewed 5+ products, previous purchasers) allowed us to use audiences in the most efficient way.

Finally, to outsmart competitors, we utilised ad customisers to easily introduce and remove specific campaign offers without extreme legwork. This meant we could instead prioritise those changes that would have the biggest impact on account performance, rather than spending time paused/enabling ads.

28%
increase in revenue
22%
reduction in spend

“The results we’ve achieved in just 6 months of working with Impression have been excellent. Our sales are up across consumer and commercial customers and the average order value is up too.”