However, even though it’s clearer to track the success of campaigns, there are still challenges around where conversions should be attributed to the various digital channels. For instance, as a digital marketer, it’s vital to distinguish which channel deserves credit for a sale. As a business would you want to attribute the success of a sale to the paid click which generated the 1st click. Or would you want to attribute it to the last click that was generated organically, maybe both?!

There isn’t a definitive right or wrong answer, and will mainly come down to preference. However, Google Analytics does provide us with an array of different attribution models. Each of which has its own pros and cons as explained in this blog.

The most common model used in digital reporting is the last interaction attribution model (often known as last click). This model attributes conversions to the digital channel, which was last interacted with by a user on their user journey to a conversion set up in Google analytics.

This attribution model is one of the most simplistic and does have one big advantage vs others, in that it possibly the most accurate. The reason for is that users now have multiple devices they use within a decision making cycle. As well as the possibility of them deleting their cookies within the conversion lookback window. With this in mind attributing conversions to the last interaction helps eliminate this problem.

However, the negative side of this model is that it will is that it ignores any contribution made by channels before the last interaction. Even if as mentioned previously these are becoming harder to track. Nevertheless, the model will undervalue certain channels as a result.

First interaction attribution is essentially the polar opposite of last-click attribution. This model will ensure that 100% of the conversion is attributed to a user’s first interaction within a lookback window. For instance, if a user first visits the website through a Facebook advert, any subsequent entrance via any other channel will not be attributed any conversion value.

Similar to last-click attribution this model is also very simplistic and has many of the same issues. The biggest issue with first interaction is it fails to take into account complex user journeys that occur in long decision-making cycles. A clear example of this is the undervaluing of remarketing campaigns which would receive no credit for keeping the user engaged with the business.

However one of the advantages of using first interaction is that it’s easier to judge which campaign has started the user journey. This can be especially important for companies which are looking to expand with an aggressive marketing strategy, by pinpointing which channel first helped bring a converted user to the website.

Last non-direct click is essentially the same as last interaction attribution but with one key difference. As the name suggests this model will attribute 100% of a conversion to the last interaction that wasn’t direct.

This will to lead to an increase in conversions being attributed to all other channels other than direct. This could, therefore, lead to a more accurate representation of which channel actually ‘earned’ the conversion, as typically users will revisit a website directly once it’s bookmarked in their search engine.

Conversely, of course, this will impact the number of direct conversions you will see. However, it does help distinguish between earned direct visits and users clicking on a bookmarked or previously visited page.

Unlike the previous models discussed the linear model will not necessarily award 100% of a conversion to one channel. The aim of this attribution model is to award an equal share of conversion value for every digital touchpoint. For example, if a user Initially clicks through via Facebook, then visits the site through a search campaign and finally converts through a remarketing display campaign, the linear model will award each campaign 0.33% of a conversion.

This model can help show the effectiveness of different channels when using a multi-channel marketing strategy. However, by evenly attributing conversions across each touchpoint the model doesn’t take into account which clicks would have done most of the heavy lifting primarily the first and last interaction.

Time decay is a more complex model, that looks to attribute conversion value to different touchpoints. Based on the span of time since the user’s last click on that channel. For example, a user may have had two touchpoints over the period of a week prior to converting. Initially a week ago through a display campaign and then a week later through a search campaign. In this instance, the conversion would be weighted more towards the search campaign rather than the display campaign. However, both would receive some attribution of the conversion.

An advantage of this model is that it does attempt to give multiple channels weighted attribution when touchpoints have occurred. However, the recency of the touchpoint does not mean it should be attributed to having more value to a conversion. This is especially true when it comes to businesses which have a longer decision making journey. As this will typically undervalue the clicks which initiated that customer journey.

A big advantage gained by using the position-based model is that it attributes value to every touchpoint in a users journey. Whilst also giving extra weighting to the first and last interactions which are the most important.

To summarise, each attribution model has positive and negative aspects resulting in none of them being without fault. The key thing to take away when looking at attribution models is which is best suited to a business’s circumstances. If the business is likely to have a long decision making progress then a more complex model would probably be preferable. Conversely, if the user’s typical journey is short then last click or first click attribution will be sufficient.

At Impression, we are constantly evaluating which attribution model gives the most accurate reflection of performance for our clients. To find out what we could do for your business today, why not get in touch and contact us today. 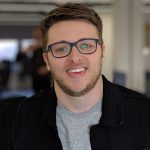 James is a Paid Social Specialist at Impression.

James has specialist knowledge in PPC and Paid Media.

James is a Paid Social Specialist at Impression.

James has specialist knowledge in PPC and Paid Media.