In a session titled “Beyond Google” at Brighton SEO, Julia Logan compellingly argues why we should all stop ignoring Bing (in a talk not sponsored by Bing!)

Julia kicks off by acknowledging the monopoly Google holds on the Search Engine landscape. A quick show of hands in the room confirms this, with almost everyone present using Google as their Search Engine of choice.

So why consider Bing?

Based on the most recent statistics, Google’s grip on the market is not all-encompassing. In the US, a third of the market uses Bing, the largest share of which were those in the $1000 per month income sector – certainly not an audience to neglect. The fluctuations in Bing’s UK market share further suggest it’s not a Search Engine to discount.

You (probably) already use it

It’s fair to say Bing goes under the radar.

But Bing pops up in places we might not expect to see it. Specifically, the mobile-voice-assistant market. Of course, the main player here is the Google Assistant – powered (unsurprisingly) by Google. But Alexa and Cortana are powered by Bing. For Siri, the majority of results come from Google but not all. Images on Siri come from Bing. Perhaps you’re wondering, what else is powered by Bing? To highlight a few familiar names:

Bing is often considered outdated. However, the UX is not what it used to be – Bing has lots of powerful tools, including unique suggestions for refining search and “people also ask” features. The Google Knowledge Graph is matched by the Bing Snapshot Pane and, in some instances, Bing’s Snapshot Pane is more tailored to fostering clicks than the Knowledge Graph.

This becomes clearer when examining the difference in results for the query “Africa”. Both Bing and Google highlight maps and a Wikipedia entry, but Bing alludes to the entirety of the entry and provides its user with the option to read more. Google Knowledge Graph’s entry is shorter with no option to read on. Bing has also included further points of interest related to the topic, encouraging users to visit the source site. With Google reporting more Zero-Click Searches, additional features like those in Bing’s Snapshot Pane mean it is less significantly affected.

To see the Web FX full report of differences between Google’s Knowledge Graph and Bing’s Snapshot Pane, please use this link.

For SEOs and site owners, Google has Search Console. Bing’s response to this is Webmaster Tools, this comes with a wealth of information and options.

Julia concludes by stating that if Google is your first choice because of market share and traffic opportunity, Bing should be a very close second. 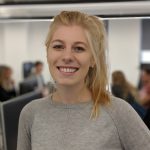