Brighton SEO – Kat Kynes – The Art of Content Necromancy: How to Resurrect a Dead Campaign

Kat Kynes is Content and Outreach Consultant at Pole Star Digital. She wants to talk through a campaign which she ran in the past which was not initially successful. Going through her mistakes will help teach us some valuable lessons, so that we don’t have to repeat them ourselves, she says. You can follow her on Twitter here. 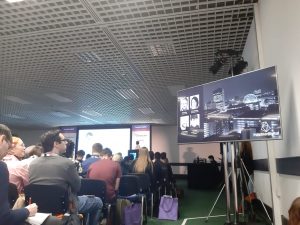 The campaign: we buy any car.com case study

The goals for the campaign were the following:

With this in mind, they looked at what was being talked about and saw an opportunity in the driverless car debate.

They looked at google trends and noticed an upward lift in content on driverless cars. Additionally, it was also being covered in the press a lot. The angles that were commonly featured was how people feel about driverless cars.

So what did they do?

This got them thinking – what would people do with this additional time? So they went to the source completed a survey. They asked several hundred UK car owners what would they do with the free time in a driverless car. The results showed that: 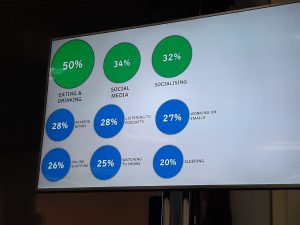 However, the more interesting stuff was around self development: a lot of people said they would learn a new hobby or complete a meditative activity. The most interesting? 10% said the would have sex!

What did they do with this data?

This data gave them the opportunity to look at what people physically could do with this time, not just what they would do.

They did a lot of research and came up with some visualisations on what you could actually achieve in this time. It turns out there’s some cool stuff you could do, which included creating visualisation on the following: 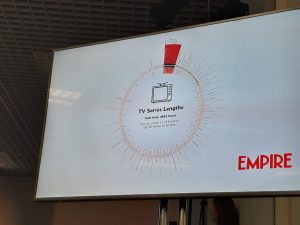 So what happened? Kat says she went through the 3 stages of Winona Ryder..

Firstly, she thought: I am interesting and unusual and have so much to say

But there were initial issues which included the following:

Then the client asked: when can we start expecting links? That’s when the 2nd stage of Winona Ryder kicked in, from Girl Interrupted: she thought: am I going crazy? The questions going through her head were the following:

So what did she do?

That’s when the 3rd stage of Winona Ryder kicked in, from Stranger Things where she thought, “I don’t care if anyone believes me!”

The new approach: went back to the drawing board

They then took a brand new approach and looked to restructure the entire campaign. This is what they did:

After going back and changing these key factors, they ended up received coverage in nationals and have even been noimated for an award for this campaign.

What have we learnt from this campaign?

Make sure you identify the most newsworthy headline. Qualify the content with journalists prior to content development so you know what they want.

3. Think outside the box

4. Don’t be afraid to get personal

Make sure you target journos who have been writing about the topic. Also, make your pitch relevant as possible to your contact.

One of the main things that hampered this campaign was the timing. Starting outreach in the run up to Christmas is often not the right time. Give yourself enough time and remember that outreach can still continue after the campaign finishes.

Sometimes things don’t work out. Keep going. Make sure to manage client expectations but own your campaign at all times, and back yourself. If all else fails, try a different angle. Everything can be repurposed in a different way. 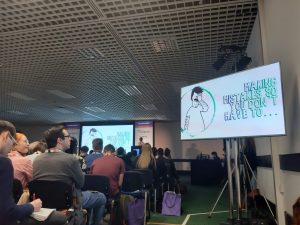