Why I’m excited about free listings in Google Shopping

Within a couple of hours of Google announcing free listings within Google Shopping, I received 23 individual messages…

Apparently, I’ve built up a reputation for being a massive Shopping Ads nerd? I’m sorry to spoil the “cool” image most people have of me… it’s true, I love it.

Most messages were from concerned PPC-folk, panicking about the potential loss in revenue for their clients. I’ve considered the changes, had a good night’s sleep and have now arrived at the natural conclusion – I’m positively stoked for the change.

Google Shopping is becoming freemium. As a paid marketing team, we stand to lose a few paid clicks, so why am I so excited?

However, with a more complete catalog, the overall number of clicks will increase in time, and we should see paid clicks return to greater levels but a smaller overall percentage.

In time, users will come to find the product choice incomparable even to Amazon. Brands and retailers will instinctively start to upload their catalogues – some “hoping for the best” and not paying too much attention, others taking the time to see it as a core channel.

Even in the short term, my estimate is that between 5-15% of clicks occur in the Shopping tab (I’m basing this on anecdotal evidence only, sorry Kirk). This will vary depending on the vertical – fashion will be higher, for example. Unfortunately, we don’t get to see this data in Google Ads. Hopefully someone has been able to gather info about this now? Please share with me if you do.

Additionally, even on the Shopping tab – there will still be ads. You won’t lose your Shopping traffic overnight, take a deep breath.

Longer-term, Google will be making moves to make it easier/possible to buy through Google Shopping (not in the UK yet) and that’s where the fun will really start. Expect traffic to ramp up further, sales directly through the platform, and Google Shopping really starting to compete with Amazon as a one-stop shop.

Is it too much of a conspiracy to consider that Google has announced this news at a time when people are shopping online more than ever, and Amazon has reduced its Google spend? Maybe I need my tin-foil hat.

Many awesome brands and retailers are still not using Google Shopping, despite the demonstrated benefits.

This is often attributed to the difficulty getting stakeholder buy-in to pay for the traffic, or the perceived complexity around setting up a Shopping feed. Particularly for smaller advertisers.

With free visibility and revenue available now, many will be entering the market and finding it easy to generate revenue. The next logical step? Introduce ads. This will mean increased advertising spend invested in the long term, much as Amazon Ads continues to grow, despite it being free to list products.

Setting up a basic Shopping feed is actually easier than it has ever been, so inexperienced marketers should not be afraid to dive straight in. They even have direct integrations with Shopify, WooCommerce and BigCommerce now, which is a gift considering you had to manually build them when I started…

If you’re an ecommerce business that wants to get started, particularly at this challenging time, drop me a note @Digital_Liam on Twitter and I’ll give you a hand.

If you’ve already invested your time into training, testing and tools to help you analyse and optimise product feeds, you’re already a step ahead in the race.

We’ve been saying for a long time that the bid in Google Shopping is the smallest part of the battle. You can give a product the highest possible bid you can think of, but if your product data is garbage you will not rank.

Feed optimisation has been a core part of our paid strategies for years, so we’re excited to use the skills outside of the paid sphere. My personal mantra is always that competition forces innovation, and this is one of those areas where we can gain a competitive advantage. Bring it on.

On a sentimental note, I’m looking forward to collaborating closely with my pals in the world of organic traffic. It feels like we’ve been increasingly separated within the search results page over the past few years, with SERP features increasingly widening the gap between organic and paid listings.

I’m expecting the free and paid Google Shopping ads to be integrated closely together, and for Google to make it very difficult to tell which are ads, and which are not! 😈

To my organic friends, we shall bring the years of feed optimisation experience, if you shall bring your structured data. Though, in the words of my esteemed colleague Charlie Nornodge “I wouldn’t say it is organic, I’d say it is ‘free’” (he does love structured data though).

We’re here to grow businesses, not to increase media spend

Finally, the biggest benefit of all is that this will be good for businesses.

I specialise in paid, but I am first and foremost a marketer with the task of increasing the levels of profitable revenue for my clients.

So what if my percentage cut of the Google Shopping landscape decreases? It’s not mine, or anyone else’s to own. I definitely don’t want to hear any agencies moaning about this change – we have a gift here. Don’t @ me (please do).

To put this plainly, more users = more total clicks = more revenue to be gained overall. Yes, increased competition will give CPCs and conversion rates a kick (in opposite directions) but now is the time to get creative with your strategy, invest in feed optimisation and testing.

The free clicks themselves will be a kick in the gut for the high cost of Amazon seller fees and we might even see these reduce if Google Shopping ramps up as much as we expect it to.

We haven’t called it Froogle in a long time, but this is a smart move by Google. It’s good news for businesses, and ultimately great news for the consumer. 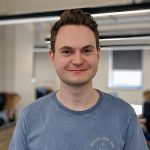 Paid Media Director@ImpressionTalk. Obsessive about PPC, paid social and online advertising. In my spare time I like to collect stamps, count marbles and create intricate architectural sculptures out of wheat-based cereals. @Digital_Liam

Paid Media Director@ImpressionTalk. Obsessive about PPC, paid social and online advertising. In my spare time I like to collect stamps, count marbles and create intricate architectural sculptures out of wheat-based cereals. @Digital_Liam