SearchLeeds: Links as a metric in 2017, are they still relevant and how do we ensure value?

Paul’s probably one of the more authoritative speakers on the topic of link building with the past fifteen years of his career revolving solely around the backlink. He started his talk stating that he’s probably built somewhere in the region of 8 billion links and has extensive experience in both SEO’s pre- and post-Penguin world. For his keynote, Paul discussed where links fit in the SEO world of 2017; are they still relevant and how can we ensure value?

As the talk properly kicked off, Paul posed the question whether links still count. As quickly as this was posed, the answer followed immediately thereafter. “Yes, they still do count” was voiced with a sense of absolute confidence. This is despite much discussion around the industry as of late questioning their relevance in a post-Rank Brain climate.

Although links still count, their purpose has somewhat changed over the past few years. To put this into perspective, Paul talked us through the pre-penguin world. Before 2012, links unquestionably dominated the world SEO. While Google is still a link-based search algorithm, its focus on this was more pronounced pre-Penguin. Back then, we calculated a page’s ranking potential solely based on the metric of PageRank; a Google created entity that looked at linking root domains to any web page.

So, between pre- and post-Penguin, what’s changed? Essentially it comes down to volume and value. While pre-Penguin revolved around the volume of links, nowadays, it’s much more about the value of each link pointing to your root domain.

To put into perspective the value of links, Paul shared a case study where he actually reavowed some links of a client’s backlink profile (for reference, this is the process where you remove links from your disavow file, allowing them to be once again considered by Google). After the reavaow strategy was actioned, Paul’s team noticed a significant uplift in search visibility, giving irrefutable evidence that links still count in 2017.

In addition to questioning whether links still count, Paul also posed the question whether link-based penalties are still distributed by Google. Again, this was answered with resounding confidence, stating that 9 million link penalties were delivered last year by the search giants themselves.

The introduction of Penguin 4.0 in late-2016 also changed the climate of link building within SEO. Paul shared the well-known fact that Penguin 4.0 is indeed now a part of Google’s core algorithm and was another reiteration of Penguin to dampen down the spam in search results.

While many SEOs believe Penguin 4.0 didn’t make much of an impact, Paul disagreed, mentioning how it made a massive, tangible effect on the playing field of SERPs. This is something I can certainly relate to with several of my own clients seeing direct increases in search visibility around September last year (see GreatBeanBags case study).

Paul shared how it’s important to realise that Penguin 4.0 is not in real time, and instead, is progressive. Penguin is actually felt slowly and on a page-by-page basis. Without realising, the link-based algorithm may be eating into your link profile so it’s critical as SEOs that we pay close attention to it. We need to constantly be reviewing our links and still utilise the disavow tool to communicate to Google those backlinks we don’t want to be associated with.

Paul shared the idea of “propensity to disavow”. Whilst this is actually a metric used at Kerboo, I think SEOs can also employ the definition as a methodology, making you question each and every link you have.

It was exciting to hear that Kerboo are currently building a new link-based metric, based on link equity. Whether you regard link equity as an old-hat SEO term, the science and theory behind it is, in my beliefs, undeniable.

Paul mentioned how authority actually comes from the flow of link equity. So, a site that links out often is arguably less valuable acquiring a link from than a site that links out less often. He shared the example of national newspapers; these publications link out hundreds, if not thousands of times a day so your link equity is theoretically lost in the equity of other linked-to sites. Instead, receiving a link from a site that’s arguably less prone to linking out is more valuable as the link equity is more concentrated on your site. It’s this type of theory that Kerboo is trying to realise in their new link metric.

Paul finished his talk with a reminder to SEOs that we need to stay vigilant of our backlink profiles. We need to know what they consist of where our valuable links lie. After all, what was valuable to your ranking potential before may not be as valuable today.

This post is one of 6 in our SearchLeeds2017 collection 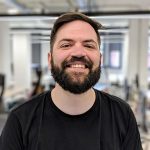