Searching for more: The search engines you should be focusing on.

As digital marketers, we are often guilty of focusing all of our efforts on targeting users of Google, be that through paid or organic channels. The dominance of Google makes it hard to focus on other channels, but could we be missing search marketing opportunities elsewhere? Here, we explore the search engine landscape, helping you identify potential areas for growth…

The rise of search engines over the past 20 years has had a drastic impact on society. The ability for everyone to access such a wealth of information has transformed the way people learn about and interact with one another. For better or worse, search engines have fundamentally and irreversibly changed the way we live our lives today, with 3.5bn searches made each and every day.

It is inevitable that something like this becomes very quickly monetised. From its roots as simple directories and repositories, the global search engine market is now worth over $100bn/year. Every market and industry has its leaders and they don’t come much more dominant than the name in position 1 when it comes to search engines.

Larry Page and Sergey Brin’s Stanford University brainchild turned 20 in September of this year, and in that short time has solidified itself as the undisputed champion of answering search queries. Ten blue links were soon joined by paid adverts, image search came next, followed by a whole host of features which make up the search engine results page (SERP) as we know it today. With every addition to their service, Google improved their ability to answer your questions, earning the top spot in the industry and leaving an indelible mark on the collective vocabulary of the world’s population – “Google it.”

The company has grown and branched out, unsurprisingly, into the wider world of tech, building phones, laptops, cars and robots, but still a huge percentage of its overall turnover comes from its search engine ad revenue.

As with any market, the larger the industry leader, the more scrutiny they come under. Over the years, Google has been subject to more scrutiny than almost any other company in history. On multiple occasions, chinks in the armour have been exposed and there is a multitude of other search engines battling for a slice of the pie, often trying to capitalise on the smallest sign of weakness that Google might show.

There’s more to search than Google, and, in an increasingly globalised world, we as digital marketers should pay attention to the wider search landscape.

Ask the general public to name a search engine other than Google, and, if any, it is likely that they will name Bing. Bing is Microsoft’s answer to search, replacing MSN Search and Windows Live in 2009.

Sources vary, but Bing is thought to have between a 5%-7% share of the global search market. A key driver of this is the fact that Bing is the default search engine for Microsoft Explorer/Edge browsers, which is the default browser on Windows operating systems. This goes some way to explaining why, rather annoyingly for Bing, “google” is the top search on Bing worldwide, with 48m searches each month.

However, Bing should not be seen as simply a gateway for Microsoft users to reach Google. Bing should be a consideration for any SEM strategy. Bing has an older user base, a higher percentage of desktop traffic and a higher percentage of B2B traffic. Combine this with generally lower cost per clicks (due to less competition) vs Google and it becomes clear that, from a PPC point of view if nothing else, Bing should be a part of your digital marketing campaign mix. Campaigns can be transferred from Google Ads to Bing Ads relatively easily, minimising workload. From there, as your campaign matures, it should be optimised in its own right in response to the Bing campaigns specific performance. For some of our clients, Bing can outperform Google in terms of return on ad spend figures.

Google and Bing are your worldwide leaders in the market but if your brand or client has a Russian or Chinese focus, there are two other search engines you need to know about and consider in your digital mix.

Baidu and Yandex are the most popular search engines in China and Russia respectively. Baidu has a reported market share in China of circa 80%. Yandex has, depending on sources, a share of between 50%-55% of the market share in Russia. The reason for Google’s lack of popularity in these territories vs its market share worldwide has a lot to do with censorship issues, particularly where the Chinese market is concerned. With Google trying, failing and pulling out of the Chinese search market in 2015/2016, Baidu was left to solidify its position. Meanwhile, in Russia, news broke this week that Google may be penalised by Russia for failing to censor certain SERP’s.

The popularity of the two companies in their respective countries means that, should your brand or client want to grow in the areas, it is crucial that you focus on these sites in your digital marketing approach.

We’ve already mentioned how there are search engines out there looking to exploit any weakness the Google might show, and that’s exactly what Duck Duck Go has sought to do this year.

Founded in 2008, Duck Duck Go markets itself as an alternative to the tracking and privacy infringements that some users feel comes with the Google service.

You will have seen the news over the past year discussing privacy and tracking at firms such as Google and Facebook. Combined with the news around GDPR this year, privacy has become a topic of concern for many people internationally.

Duck Duck Go allows end-to-end encryption if desired, and generally tracks a lot less about its users, leading to a significant increase in its market share in light of recent privacy concerns. Unlike other search engines, Duck Duck Go publicly publish their statistics. The company is showing exponential growth this year, having hit a record 33m searches/day this year.

The company earns revenue from affiliate links with Amazon and eBay as well as serving ads from the Yahoo-Bing search alliance network.

Whilst the company’s market share is still minute, around 0.18% globally, its keen growth is certainly something to keep an eye on, if only to gauge the public opinion of tracking and privacy online.

Google and Bing should be core to your SEM strategy, Baidu and Yandex should be considered for expansion into lucrative international markets and Duck Duck Go serves as a lens into the public perception of online marketing practices. However, there is one search engine doing things very differently.

Ecosia uses its ad revenue to plant trees. To date, Ecosia’s 7 million active users have helped the company plant 43 million trees. If Ecosia were as big as Google, it would offset global deforestation.

Ecosia is dwarfed by the likes of Google and Bing, and will have no impact on your SEM strategy. However, it is refreshing and heart-warming to see that, in the clinical world of search engines, there is someone out there doing good for the planet off the back of all of your searches for cat memes and last minute gift ideas.

No one can ignore Google. No one should. However, what we’ve highlighted here is that there is more than one way to way to run a search engine and more than one way to use them to grow your business. Try to consider the full spectrum of channels when you next sit down and review your SEM strategy. 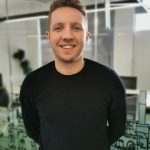 Working with new and existing clients to figure out their best approach to digital marketing, through SEO, paid media, digital PR and digital strategy best practices. Swooning over the Arctic Monkeys at all other times.

Working with new and existing clients to figure out their best approach to digital marketing, through SEO, paid media, digital PR and digital strategy best practices. Swooning over the Arctic Monkeys at all other times.