PR is about influencing perceptions, but perceptions aren’t only influenced by PR

PR is about influencing perceptions, but perceptions aren’t only influenced by PR.

It’s a tricky balance and a tough lesson to learn when it goes wrong. But with every new “PR disaster” comes a new opportunity to learn about what PR can, and what it can’t, do for your business.

I discussed the latest ‘disaster’ from Nike on BBC Radio 5 Live this morning and I’ve summarised what we discussed here.

The consequences of ‘PR disasters’

The ‘disaster’ in question on 5 Live was that of Nike, who have hit the press this week after a trainer of theirs failed during a basketball match, causing an issue for the sponsored athlete wearing it. Not ideal, of course, and the good folks of Twitter have been quick to point this out:

Barack Obama pointing out the fact that Zion’s “shoe broke” will forever go down in history pic.twitter.com/pVFqEBgbFo

The social media backlash didn’t just come from fans and the press; competitors to Nike started to jump on the story, in some cases attempting to turn the event into a promotional opportunity for themselves (and in others, like Puma, then deciding to delete those tweets – but, as we know, tweets are never really gone…):

From a PR perspective, the biggest consequence to ‘shoe-gate’ is likely to be the social media backlash. In reality, it’s one shoe out of many thousands upon thousands, and incredibly unfortunate that this one shoe should have failed on such a global stage.

From a wider brand perspective, Nike’s teams will no doubt be focused on how to address the perception challenge – calling on PR to help shape those perceptions but also being acutely aware that perception is not entirely driven by PR.

Of course, Nike isn’t the only brand to have experienced a ‘PR disaster’ and they certainly won’t be the last. Remember these ones?

The perceptions someone has of a brand are so important. It’s commonly understood that commerce today is not driven solely by the products or services we have to sell; rather, audiences are increasingly savvy to the values and practices behind a brand and they will choose to root their allegiances with those brands who best reflect their own values and aspirations.

And it’s not just about reflecting values. If your brand is standing up and making a statement of any kind – whether it’s trying to motivate social change, comment on an issue or simply say ‘our product is great’ – it needs to be able to back that up with action.

On this occasion, Nike has invested heavily in driving this perception of their product being the best. They sponsor great athletes. They invest in advertising campaigns that champion excellence. Their slogan, ‘Just Do It’, emulates simplicity in just getting it right. But their shoe failed. Ah.

Even on what is realistically a very small scale (one shoe amongst many thousands or millions), it goes against the core messages of the brand. This is something they’re going to have to address. I would imagine that, over the coming days, we’ll see:

Looking further ahead, the PR and advertising teams will no doubt be looking at how they can help to realign perceptions.

When brands get it right

While some brands have experienced ‘disasters’, there are others who have been able to utilise their values to tap into social movements to great effect.

Take Lacoste, whose campaign to raise awareness of endangered animals was sensitive to tone and driven by actual action; money from the sale of their products went to actually helping conservation efforts. They backed up their messages with action. Read more about this here.

Then there’s the Heineken campaign, Open Your World, which received great acclaim from media professionals and audiences alike. It’s prompt to ‘open your mind, open your world’ was not judging, it didn’t take a line itself, it simply opened the discussion in a sensitive way that reflected the frustrations of society at the time (and today). There’s a great write up over on The Telegraph and I’ve embedded the video here because it’s fab:

In my opinion, Innocent’s handling of the BiC lady pens campaign was brilliant and there’s one reason why: it was entirely true to the Innocent brand. For me, there are few brands that embody their own values so entirely as Innocent does. Even after being bought out by Coca Cola, Innocent has, in my opinion, managed to retain its clarity of messaging and taps into its audience perfectly. Here are some of their BiC pen replies: 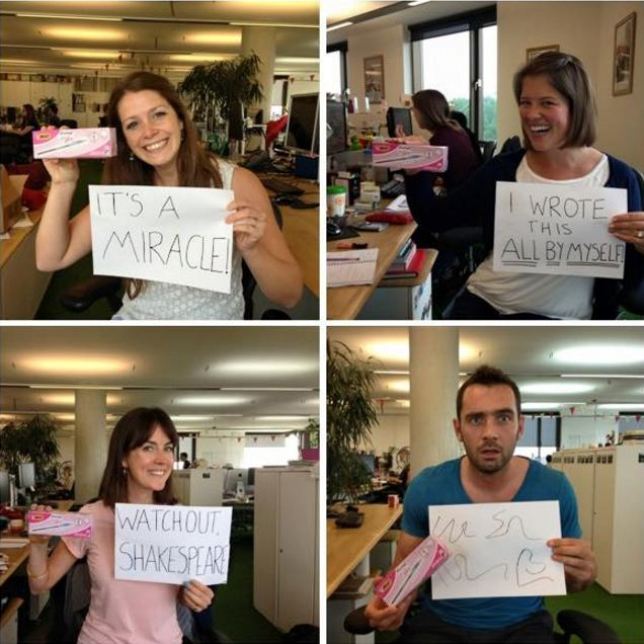 What marketers can learn from PR disasters

The key lesson here is, in my opinion, all about those perceptions. It’s so important to understand that, while PR is often about shaping perceptions, perceptions aren’t shaped by solely by PR – and you need to be able to back up your messages with real action.

Take Impression as an example. We were named Europe and the UK’s Best Large SEO Agency in 2018 and that was fantastic PR for us, as well as being a great proof point for our services and a massive accolade for our team. But that PR story doesn’t stand for anything if we can’t back it up with great results for our clients (which, of course, we do #shamelessplug 😉 ).

No matter what your PR message, it’s essential you’re able to back it up. Tell people you offer the very best service? You’d better offer the best service. Create a campaign that piggy backs on environmental concerns? You’d better be making huge contributions to the environment yourself. Promote yourself as the best shoe manufacturer? Your shoes had better at least hold up for an entire basketball game…

It’s also worth noting that PR isn’t always about gaining that national or international coverage, and that even when it does achieve those things, there are more benefits to be gained.

For example, you may recall before Christmas a brand called Envirobuild that named a new species of worm after Donald Trump. It was a huge campaign that gained over 900 national and international placements. The whole thing was strategised, managed and implemented by my colleague Jess and her team here at Impression. 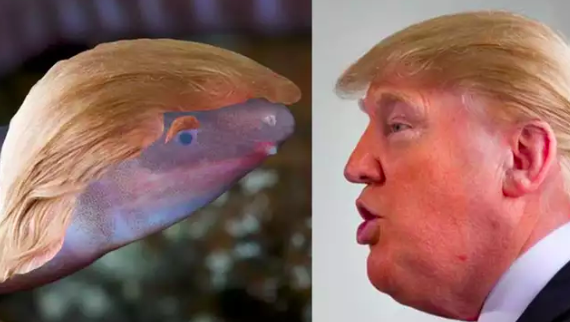 For Envirobuild, a few things aligned to make this a great PR campaign:

Envirobuild is also savvy to the benefits of digital PR and knew an SEO strategy was needed to make the most of those new links being gained by the PR activity. As a result, their search rankings for core product terms have been significantly improved by the link equity gained in general, and by the internal linking structure which moves those links between the blog and the relevant product pages.

That’s why, here at Impression, it’s highly unlikely we’ll run a PR campaign that doesn’t recognise the SEO benefits. In fact, more often than not, our campaigns are driven by SEO to start with – because visibility and awareness today means search rankings and traffic more than it means reach and readership.

Of course, as a strategy develops, we do broaden our approach. I’ve talked many times about the idea of ‘circles of focus‘ where we recognise that the core topics of a brand won’t always deliver the coverage we need, so we explore further away from that, into more tangential (though always relevant) topics.

That’s where we have the scope to be more creative, but also where the brand itself needs to be super clear on what it stands for and how it wants to be perceived. If a brand has clarity of values and the activities to back up the messages they seek to promote, it’s at far less risk than a brand trying to talk about something for which they really have no place in doing so.