Pete Campbell, CEO & founder of Kaizen, discussed the rise of virtual assistants and the resulting rise in voice search. He elaborated on his habits, how his home is ran via the Amazon Echo Dot, which is powered by Alexa, Amazon’s proprietary virtual assistant.

He queried to his Echo Dot ‘Alexa, I’d like to buy a video game’, to which it responded with ‘based on your order history, I’d suggest ‘Crash Bandicoot N. Sane Trilogy’ for Nintendo Switch. It’s £26, would you like to buy it?’. Pete was able to purchase the game through voice search alone, and Alexa had used historical data and trends from Pete’s activities to inform which game was offered to him.

He said that the concept of voice-only shopping will become a bigger factor as the technology evolves, stating that voice shopping is estimated to hit £30 billion by 2022 in the UK & US, and over 40% of users are performing at least one voice search per day – a figure that’s estimated to rise to 50% by 2020. This is, according to Campbell, largely due to Amazon Alexa and Google Home devices that are becoming integral parts of many people’s homes.

Many brands are now investing into virtual assistants, adjusting their service offering to take advantage of the ever-growing list of virtual assistant capabilities; Alexa now has over 25,000 skills available for use. Still, there are gaps in it’s abilities, and Pete showcased a number of things users of assistants wish they could do. He showed financial, travel and retail examples of gaps in voice search functions, based on user feedback.

He showed how they helped a client to find long-tail questions with voice intent, and emphasised how important featured snippets are to succeeding at voice search optimisation. Many voice queries will relay an answer directly from a featured snippet, so you need to structure answers to match how snippets appear in your niche. This can range from the dialect used in the question, and then the creation of the content itself.

Crafting in-depth, mobile-friendly guides that answer key questions users have for your industry, product or service is a brilliant way to become more eligible to capture a featured snippet in SERPs; use your analysis to inform what you create, and target the important topics and queries your users have. You can identify opportunities through your analysis tools, by analysing keywords that contain a featured snippet results page. He added that structured data should be in place to further maximise your chances by appearing in kowledge box snippets, using appropriate structured data like ‘organisation’ schema.org markup to create brand visibility that virtual assistants can leverage.

Pete detailed the best practices to creating content that meets Google’s search speech guideliness. These guidelines are splits into four aspects that details how the best content for voice is created.

By following these guidelines when creating content, you can increase your chances of being eligible for a voice search.

Pete explained that you must have an API in place if you’re going to be able to integrated any apps, voice AI functions or skills, and he then broke down how Alexa interactions fundamentally work, along with what’s required to create custom skills for Alexa. He noted that Google Assistant works in very much the same way, showcasing the typical interaction for a Google Assistant voice search.

He showed B2C and B2B applications for voice assistants, and the capabilities they have in each instance, showing current voice apps from Uber, Aviva and Just Eat, all to varying levels of success.

Campbell moved on to the ‘bigger picture’, as he said, detailing how Google purchased a machine-learning company called Deepmind, and then set the AI to learn how to beat humans at 23 games via machine learning. This ranged from simple 2D games, all the way to complex 3D experiences that were new to the AI.

AUTOML creates child AIs and acts as a controller for AIs that are assigned to specific tasks. He showed an example of AUTOML creating an AI called NASNET, whose goal was to identify objects in real-time video. After a period of learning, optimisation and repetition, NASNET outperformed every other image recognition system available.

Google Duplex is a new AI – recently revealed by Google – that is designed to create routine calls for you, such as booking a hair appointment, using natural language as the core focus. Pete showed a video showing Duplex in action, and went on to state that they’re planning to use Duplex to automatically update Google Maps listings for bank holidays by actually calling the businesses themselves and adjusting the data accordingly. 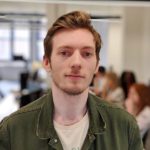 Content Specialist at Impression who chose to pursue digital marketing after realising the futility of ever ranking his name in Google. Musician, technophile and writer.

Quentin has specialist knowledge in SEO and On Site Content.

Content Specialist at Impression who chose to pursue digital marketing after realising the futility of ever ranking his name in Google. Musician, technophile and writer.

Quentin has specialist knowledge in SEO and On Site Content.