We’re sat in the office this morning not sure if we’re seeing a new Google snippet feature. We wanted to make sure we wrote about it anyway because, as with any Google feature, if deemed useful it’s likely it will be rolled out further.

What we’re seeing is content from Wikipedia or DMOZ being pulled into the results snippet in a new drop-down info window within Google’s Encrypted Search feature. I’ve highlighted a few examples below, with two pulling information from DMOZ rather than Wikipedia – something we particularly wanted to highlight. 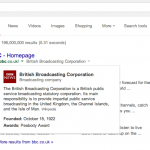 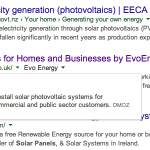 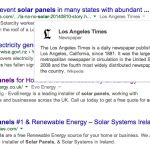 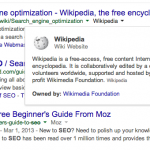 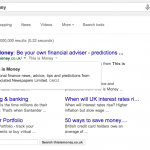 This is Money (DMOZ)

There are a few reasons we think this is early days for this feature;

Please leave some discussion below in the comments. Has this been seen before? 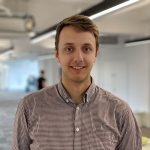