Howdy Impression fans, and welcome to the latest edition of the Impression Showcase!

Our bi-weekly Impression Showcase meet-up started this morning with a new tool from our friends over at STAT.

We really like STAT as a tool for monitoring keyword rankings and gaining insights into keyword trends. They’ve just added a new element to their product called ‘Competitive Landscape’.

This shows you who is getting the majority of the Impression share in your industry. STAT will automatically pull competitors for you, though we found this was a little inaccurate (it tried to compare a local accountancy client with HMRC, for example). You can also manually put in your competitors, so you get to track who you want.

We’ve found this works well alongside the ‘synced websites’ functionality, which allows you to track the rankings of your competitors for the full range of terms you’re tracking for yourself.

We use STAT a lot and are happy to talk you through it; get in touch if you’d like to find out more about using STAT as part of an SEO strategy.

Changes to AdWords UI and ads

As a Google Partner agency, we work closely with Google and we’ve been privy recently to news of an update to the AdWords user interface and to ads more widely.

Becky, part of our PPC team, will be attending the online AdWords Summit on May 24th to learn more about these updates. We expect these to include:

We’re also expecting a change to the AdWords interface, particularly around ad scheduling. We’ll be sharing all of the updates as we learn about them on May 24th, so make sure you check back in then! 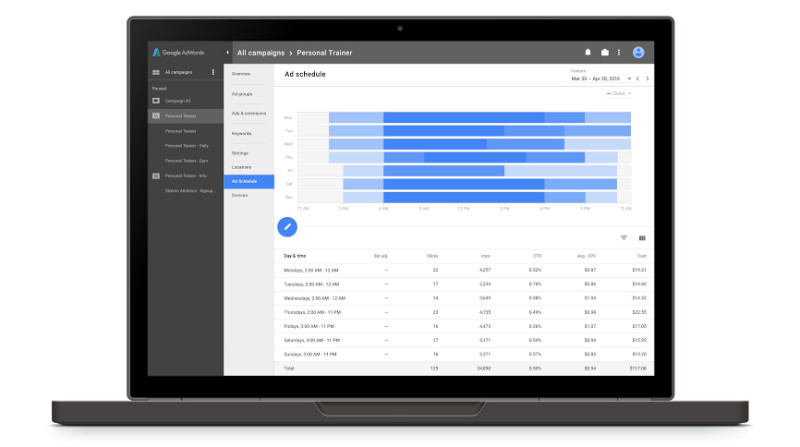 For some years now, social advertisers have felt that LinkedIn was somewhat behind in its ad functionality. Tracking the effects of LinkedIn ads has been cumbersome at best, leaving some advertisers to question the value of the platform completely.

However, they are now trialling conversion tracking. One of our clients, a multinational brand, has been given beta access to the new conversion tracking functionality and has offered to share some of the updates with us, so keep following for more information.

Conversion tracking is an essential part of everything we do in digital marketing, arguably even more so when it’s paid for ads like LinkedIn. In order to recognise the return on our advertising investment, we need to know the results of that investment in terms of new leads or purchases. That’s why conversion tracking is so important.

Facebook has been working on its conversion tracking of late too, with changes to its platform meaning we no longer have to have multiple conversion pixels (a clunky solution) and instead have one pixel which can be managed via Google Tag Manager.

You can find out more about social media advertising here, or get in touch if you’d like to speak to our social ads team about how we can help you get more conversions for your money.

Google has now added a ‘related topics‘ section to its featured snippets, providing users with other links they might find useful:

This is really interesting as it shows how Google’s semantic understanding has evolved. Their buy out of Freebase in 2010 led many to speculate that this would feed into its semantic developments and since they closed it down last year, many have suggested it is used to power the Knowledge Graph. It could also be contributing toward the related topics area.

We really enjoyed this Whiteboard Friday from the guys at Moz recently, which explored how Google understands and assesses our content. One element of that was the occurrence of common keyword themes in web pages. The example Rand used was of ‘granola’ and how that is commonly found alongside terms like ‘nuts’, ‘sugar free’, ‘healthy’, ‘snack’ and so on.

As Rand explains, Google comes to understand these keyword groupings and where it finds a page which mentions the source term but then none/few of the others in that group, it questions that page’s value.

Both of these things show how important it is and will continue to be that we create pages which have authority in their subject area. Long gone are the days of dropping a target keyword into the text 2% of the time and magically ranking… today’s savvy marketer recognises that we must create content which has topical relevance, uses semantically related terms and displays expertise in its subject.

Another update announced by Google since our last Showcase is that of the local source tag. This tag is visible in the SERPs when you search for a news story and the publication is a local source for that.

This is automatically produced by Google, based on the local targeting of the news site and the areas it has written about in the past. This means that local news stories which then go national will still produce local results and by marking them up as such, Google aims to give them prominence because they, potentially, have the most accurate portrayal of that story due to being closest to it.

This would basically mean that stories about Leicester City FC, for example – the football club which gained national recognition after winning the Premier League last month – would likely result in local tags for the Leicester Mercury, but not for the Telegraph.

Here’s a screenshot of how it will look, taken from Search Engine Land: 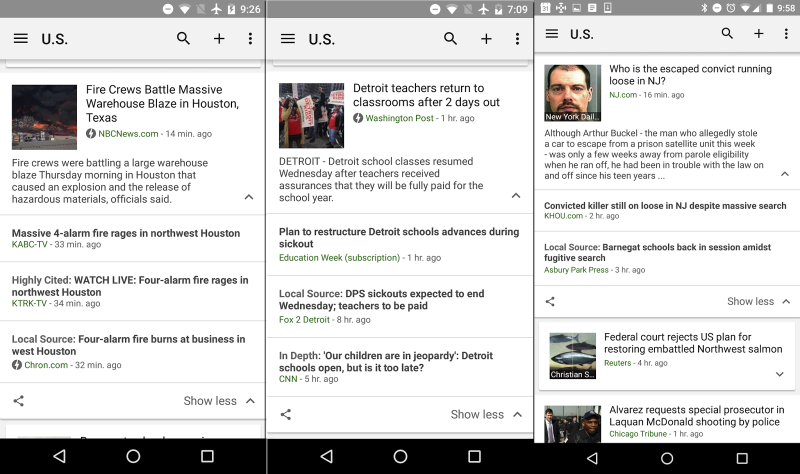 The lesson for marketers here is that you shouldn’t neglect local coverage in your PR efforts. You never know if your story will gain national recognition, and those local articles may see increased CTRs as a result of this new update.

That’s all for now! If you’d like to chat to us about anything covered in the Showcase this week, you’ll find us on Twitter, LinkedIn, Facebook and Google Plus, or drop a comment in the comments area below – we’d love to chat!

You can also submit your Showcase feature ideas to us by emailing laura.hampton+showcase@impression.co.uk.

Future of Work at Impression