Google has announced it is undergoing a major rebrand of its advertising platforms; Google AdWords and DoubleClick are out – Google Ads, Google Marketing Platform, and Google Ads Manager are in. So let’s take a look at the changes that will be rolling out over the next few weeks. 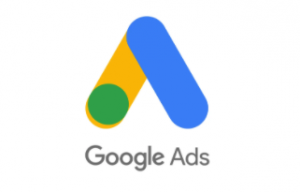 The reasoning behind the rebrand is simple – Google’s product names no longer reflect what the products have evolved to do, and this can be confusing for new advertisers. When Google AdWords was launched back in 2000, it was designed to run text ads in the search engine results pages. Fast forward to 2018 and it’s a completely different story – AdWords now runs text, display, shopping, and video ads across a much wider network including Search, Gmail, Google Maps, YouTube, and more. The Google Ads rebrand is designed to reflect the wider capabilities of the platform, and better positions it as the first touch point for advertisers regardless of the ad formats they want to run. The name change also reflects the gradual shift from keyword targeting toward a greater emphasis on audience targeting, something we’ll only be seeing more of in the future.

“This is a primarily a name change, but it is indicative of where we have been directing the product”

Google is also launching Smart campaigns as a new default ads experience designed to help small businesses get started with digital advertising. Smart campaigns will use machine learning to automate ads creatives, targeting and ad delivery to free up more time for business owners to focus on running their businesses.

Alongside Google Ads comes Google Marketing Platform, a new brand which brings the Doubleclick suite and Google Analytics 360 together in one platform. Google’s SVP Sridhar Ramaswamy says the move is in response to feedback from advertisers asking for the ability to use ad and analytics technology together. Ramaswamy said in a statement, “as the opportunity to engage consumers has grown and become more complex, we are simplifying our products for advertisers and publishers of all sizes so they can more easily reach consumers anywhere, at any moment and on any channel”.

“We are simplifying our products for advertisers and publishers of all sizes so they can more easily reach consumers anywhere, at any moment and on any channel”

Google Marketing Platform combines features from across the DoubleClick suite in one place, making it easier for in-house teams and agencies to produce collaborative ad campaigns through a single touch-point. Google has also confirmed that the ability to use non-Google products will remain in the new platform. 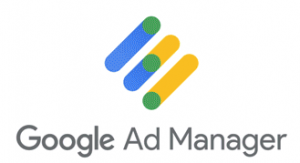 The third and final part of the rebrand is the creation of Google Ad Manager, which will function primarily as a “complete ad platform” to unite Doubleclick for Publishers and the Doubleclick Ad Exchange. Google Ad Manager is designed to allow users to sell their ad inventory more easily than ever before, and to capitalise on the increasing range of opportunities for monetisation. It also incorporates a host of brand safety controls, meaning advertisers can be confident that they will not be displaying inappropriate or annoying ads which could compromise their brand image.

“With this evolution, we’re excited to do even more for our partners – earning them more money, more efficiently, wherever people are watching videos, playing games or engaging with content, and however advertisers are looking to work with them”

Overall these changes should be positive for Google’s brand and it is unlikely that they will cause much disruption for advertisers. However, what the rebrand does do is better emphasise Google’s increasing digital dominance, something which these changes indicate is unlikely to slow down.