The EU wants to let publishers charge Google: Why this matters for your digital PR

The European Commission wants to give publishers the power to charge the likes of Google and Facebook for listing links and snippets of their content. If approved, the draft plan to give news sites ‘exclusivity’ over their published content (in a similar way to record labels or broadcasters) would be a bold intervention in the long-running debate between the people who tell the news and the people who enable many of us to see it.

Publisher vs platform – what’s the story?

This issue is the latest battle in the ongoing conflict between publishers and platforms. On the one hand you’ve got the likes of The Guardian and The Telegraph, reporting the news and trying, year-after-year, to keep high-quality journalism profitable in the digital world.

On the other side there are the platforms; Google and Facebook mainly, giving the publishers unrivalled access to millions of visitors through their news listings, displaying and linking to their content but not paying for the privilege.

The debate’s not a new one and the right solution is far from clear. Publishers might lament the search giants’ actions, but they also rely on them for significant amounts of their web traffic and, as such, would be loathe to take them on directly. Collectively neither side could live without the other, but a single publisher taking a stand at the moment would undoubtedly take an unsustainable hit to its web traffic.

“The sustainability of publishing industries in the EU may be at stake, with the risk of further negative consequences on media pluralism, democratic debate and quality of information. As online giants such as Facebook and Google have continued to generate growing advertising revenues, the EC [European Commission] has faced increasing pressure to level the playing field for those who create and invest in original content.”
The European Commission

Can a new law solve the issue?

That’s less than clear. Some have tried and failed already – first Spain, then Germany and Belgium all introduced legislation to redress this perceived imbalance. The result each time was a sharp drop in traffic to publisher sites followed by a backtrack. And all the while, Google and Facebook continue to grow in influence, both in their online reach and in cash terms through online advertising spends or changing publisher fortunes.

A recent report in The Guardian recently forecast that Facebook would take £450m of revenue away from the news industry over the next decade. Perhaps our current trajectory is unstoppable and news sites just need to get used to the new normal – or perhaps there is another way.

The European Commission’s EU-wide approach could settle the question of ownership, but it remains to be seen whether this draft proposal (due to be published in September) makes it into law and how or if the platforms will respond if it does.

Under the proposals publishers could ‘opt out’ of charging platforms, and it remains to be seen how many would hold their nerve in the face of falling traffic should Google choose to respond by delisting participating websites. Alternatively, Google could just simply shut down its Google News service in response – a move guaranteed  to shake up publishers’ search traffic and site visibility significantly.

Why this matters to your digital PR strategy

It matters to anyone involved in telling the news. A big part of any successful digital PR team’s job is to understand what motivates the journalists and publishers they’re pitching to in order to achieve the best possible results for their clients. Keeping up with this changing tug-of-war is vital; take Facebook’s preference for moving images and news sites’ subsequent rush to video content for example.

We’ll be watching the debate closely once the report’s published next month and then discussed for months afterwards. The outcome – whatever that will look like – could set the tone of online news publishing for years to come. 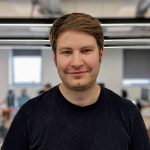