During his time as director of comms at number ten, he faced a news revolution which transformed the way government was required to communicate. The news cycle moved beyond a 24/7 media environment to one of 360-degree news, with stories occurring as quickly as you can think and deadlines minimised to the time it takes to compose a tweet.

His talk was on the struggle to communicate in an increasing incoherent world.

Firstly, how did he get to this point?

He started as a broadcast journalist and was poached by the BBC. He then worked on the general election programme when David Cameron called him up and asked him to be his director of comms. He was then the director of politics and communications from Jan 2011-2016.

It was here he soon realised that how we communicate is changing, the tasks are harder than ever before. It has got to a point where speed was everything – about who was breaking the news first.

We live today in a 3D-360 news culture – stories being reduced to its most basic, and news stories came in the form of tweets instead of research, says Sir Craig. At the time when he was in number 10, the government were ill equipped to deal with this. Before they agreed on a story with the PM, there were already 7 iterations of the story they weren’t aware of.

Oliver then talks about how he had to persuade the PM that the digital landscape was changing and that it’s important to embrace it.

“too many tweets make a twat”

In fact, Sir Oliver states that the PM at the time was very cautious of social media, and rightly so. He believed, like many, that social media was a playground for trolls and narcissists. However, he had to be persuaded that the internet needs to be embraced and any professional in communications cannot afford to ignore the internet.

A different form of news

As commentators across social media slowly replace news, it’s increasingly hard to get your story across without it being seen through the lens of the way someone else views it, says Sir Craig Oliver. You can’t ignore broadcast or newspapers, but they are definitely diminishing. He shows numbers on the decline of print, which have fallen drastically in the last few years alone. He also says it’s the same for terrestrial television. Terrestrial television today is where late middle aged and elderly gather – apparently the average age of BBC 1 viewers is 61.

Apparently, Sir Craig Oliver said that David Cameron was too scared of using online to communicate. He speaks about communication failures across social media which highlights why high profile politicians or influencers would be cautious in this instance, a recent example including Elon Musk which caused huge backlash.

The growth of fake news

Sir Craig Oliver thinks today fake news is used as a ‘get out of jail free’ card. He claims that fake news has always been something that the powerful have used to control people, by taking a grain of truth, stripping it of context and presenting it as something legitimate.

He gives an example of the Sunday Times who got hold of info on turkish immigration 11 days before the EU referendum and reported the headline: “leaked UK plan to open doors for 1m Turks” 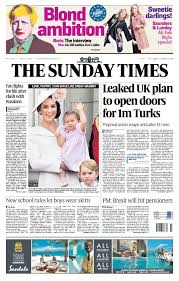 He claims that you can never expect your story to be told straight.

How this relates to business and communications

Businesses need to worry when their story is told the wrong way: especially in a world where businesses are seen as evil. To prevent this, all businesses should ask some fundamental questions;

– What is our story
– What are our values? And do we frequently share them with our customers
– Are we telling our story?
– Are we just trying to defend ourselves?

The landscape is changing.

Traditionally, says Oliver, there were supposed rules about life, but the communications channels are not keeping up with this. The values have changed, those under 40 now see these supposed rules as hopelessly optimistic. These rules no longer apply in the current landscape.

This means there is now a deep schism in developed western countries who don’t believe that capitalism works anymore. All of this requires some serious thinking from businesses, as they should be the ones communicating their importance in all of this. Businesses should make a case for why business is important in our economy.

Businesses need to talk about societal good within their communication strategy. A crucial part of any business strategy should be values within the wider society, and the part that business plays in that. In that way it goes far beyond the bottom line. Sir Craig says that businesses need to take the place at the table and consider how they are presenting their value

“if you don’t define yourself, others will define you”

In summary:
– the world is changing at an alarming pace
– many are comfortable about that
– business is being blamed
– business must change the strategy

If business fails to make its case in the coming decades, it will only pose more difficulties, says Sir Craig Oliver. It’s up to the comms professionals to make sure business provide a coherent message on this topic. Be brave in the face of misrepresentation.