This talk was delivered by Alex Major, CEO at Redbrain, as part of the Ecommerce PPC session.

CCS stands for Comparison Shopping Service, and refers to the provider of your PLA ads. Currently, there are approximately 50 CSS providers in Europe, all of which are listed on Google. Redbrain PLA ads are now eligible show in the Google Shopping tab, Google Image Search and Youtube Shopping.

Alex began the talk by drawing attention to the costs associated with using Google’s CSS. Google Shopping is now a separate business, isolated from the rest of Google, which has its own business model and has to be independently profitable. Google Shopping charges a 20% fee in comparison with other CS services like Redbrain and Periscopix, therefore a bid of £1 is effectively only 80p when using Google. Google is by far the most expensive CSS provider, while other providers operate in exactly the same way (same Adwords experience, same Google Shopping auction). Google’s high prices are a result of EU regulations, which financially penalised Google Shopping for its anti-competitive strucutre. To avoid further fines, Google now pays 30% of your total CSS spend back into your Adwords account each month as a reward for using the service.

Despite these high fees, Google is still the dominant CSS provider, the broader impact of this being  that CPCs are rising, and nobody wants that! In the last quarter, Google Shopping CPCs have been increasing dramatically and far in advance of the expected Christmas seasonal price increase.

However, far from suggesting that we move away from using Google’s CSS, Alex suggested that the future of Google Shopping Ads involves using a range of different CSS providers. This allows you to effectively submit duplicate products multiple times (the numbers of times you can submit a duplicate product being equal CSS providers that you have).

For example, if you were a stockist of electronics with two CSS providers, you could submit a single iPad product twice (once with each provider), alternately labelled ‘iPad’ and ‘Apple Tablet’. The algorithm prevents you from bidding against yourself. Data shows that business who utilise multiple CSS providers benefit from better performance. Ebay, for example, use 11 different providers! The quantity and choice of CSS provider will of course depend on your business model and campaign objective. Redbrain also operate catwalk.co.uk, a fashion specific SCC, important as the title of the CSS can also impact CTR.

As with all things PPC, test, optimise and find what works for you! 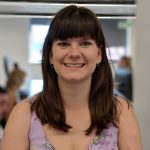 I'm a Paid Media Strategist in Impression's paid media team, where I specialise in creating and implementing client strategies across a range of paid media channels. Outside of work, I can be found practising yoga, binge-reading crime thrillers, or pretending I'm a vegan food blogger on Instagram.

I'm a Paid Media Strategist in Impression's paid media team, where I specialise in creating and implementing client strategies across a range of paid media channels. Outside of work, I can be found practising yoga, binge-reading crime thrillers, or pretending I'm a vegan food blogger on Instagram.