Olympic PR: What can we learn?

Be it Rio, Sydney or Beijing, the Olympic and Paralympic Games are always accompanied by their fair share of positive and negative press. But could the news reports have taken a different tone if a PR and communications team had acted differently?  By taking a walk through previous Games, we can learn from the highs and the lows of Olympic PR.

We’re now two weeks into the 2016 Olympic Games and our screens and broadsheets alike are full of news from Rio. Stories of sporting success and photos of triumph on the field appear on an almost hourly basis, however it’s hard to overlook the other kind of news that have been rolling in from the Brazilian city.

First it was Zika and a political impeachment, following this was Russia’s state-sponsored doping programme and then halfway through last week the diving pool mysteriously turned from aqua blue to murky green.

It’s fair to say that Rio 2016 has had a real mixed bag of coverage so far, and the same can be said for the previous four Olympic and Paralympic Games. Could something have been done at a crucial point to dilute the media coverage of a mishap, or to even to prevent it all together? Which positive stories had the loudest voice, and why?

The purpose of this blog is to shine a light on the good, the bad and the downright ugly media coverage the current and previous and explore how a PR or communications team won gold, or could have tried harder…

We’ll start off with the good: do you remember Eric the Eel’s rise to fame in Sydney?
Eric Moussambani was just 22 when he was chosen by default to represent Equatorial Guinea in the Olympic pool.  After training at the weekends in rivers and seas, he arrived in Sydney and breezed through his uncontested heat to find himself on the starting block of the 100m race in front of the world’s media.

Eric finished the race in 112.72 seconds, but he achieved much more by raising awareness of his native Equatorial Guinea among millions of spectators.
Speaking of his experience, Eric told The Telegraph: “I felt that I was important because I was representing my country.”

The media respond well to human stories, after all people like to read about people. If you’re selling in a product such as white goods, or a service, you can increase your chances of coverage by including a human case study in your pitch.

When selling in a solar smart meter device to the national press, there was a noticeable increase in responses to email pitches after the inclusion of a case study about a family’s use of the product and photographs. A case study that details the consumer and their use of the product, as well as images, can only make a journalist’s job easier and therefore boost your chances of coverage. 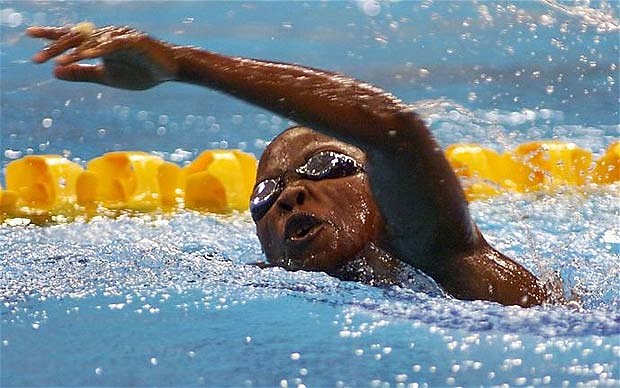 While sporting committees and bodies can’t prevent negative stories from happening, the way the situation is handled by media and press teams in the following hours/days will influence the way it is reported by the media.

When renowned Greek athlete Kostas Kederis, who was lined up to light the Olympic flame during the Athens opening ceremony, was plunged into a doping scandal for failing to show for a drugs test, the attention of the world’s media was understandably focused on Kederis and Greek sporting officials.
Their response to the event would set the tone for the coverage: a professional, measured response would have given the impression that doping was an inconvenience for sport but an issue that would tarnish only a few athletes during the Games.

However, as reported by The Guardian, the former Greek sports minister Giorgos Liannis, called the doping scandal “A Greek athletic tragedy”, and therefore widened the issue to the entire athletics team and the country in general.

Would it not have been better to assure the worldwide audience the drugs measures were being tightened? Or remind them that this was one individual in a national team of hundreds?

PR LESSON: Word choice is crucial in times of crisis.

It’s clear that Liannis was aiming to express his sadness at the situation, but his word choice implicates a large group of people and even an entire country into the doping scenario.

It’s important to accept that any client can find themself in a crisis situation and to prepare for this eventuality as soon as you start working with them. A ‘crisis’ could be anything from a disgruntled and vocal ecommerce customer after a late delivery or a fire at the company’s headquarters, to an accusation made against an employee; you should explore every possibility for your client and its sector.

Holding statements should then be written, approved and saved as soon as possible because when crisis strikes the crucial thing is to say something but not to implicate yourself or cause offence to the parties involved.

By preparing in advance, you allow yourself and your client time to think about the word choice that best suits the scenario and the business, and which prevents the press from making more out the crisis than the absolute facts.

Beijing 2008: put on a good show and shout about it

Next to Beijing, where a dazzling opening ceremony set the tone for a successful Olympics, despite concerns over infrastructure, human rights demonstrations and pollution.
Full of the country’s art and culture, the Beijing 2008 opening ceremony was hailed “a grand, unprecedented success” by Hein Verbruggen, chairman of the IOC Coordination Commission for these Games.

“Spectacular” and “spellbinding” were just some of the adjectives used by the international media in their coverage of the event, which is unsurprising given that Verbruggen had put such a positive spin on the event himself.

Not only had Beijing had made a strong start and caught the world’s attention by mounting a successful opening ceremony, but the discourse that accompanied it was celebratory and aimed to set this Olympics apart from the rest.

PR LESSON: Express your success in a way that convinces others to share it too.

Verbruggen’s use of the word ‘unprecedented’ sets the Beijing ceremony apart from the others by packaging it as unique and therefore encouraging journalists to think that this is something that journalists should cover.

This acts a reminder for all press release and statement writers out there: journalists won’t know what makes your product or event unique and newsworthy if you don’t tell them through the language that you use – is it the biggest? The most advanced? Or “unprecedented?”

To further encourage journalists to write their story in your words, consider recording soundbites of statements from your clients’ key spokespeople and including in press release emails or uploading to a press centre on their website. Make them as accessible as possible to increase the chance of them being used by journalists.

This approach works particularly well for clients in more niche sectors who are aiming to position themselves as thought-leaders within their industry, or on a certain topic. For example, by preparing comment from a restaurant client on the health benefits of spices, we secured coverage in a number of national magazines. 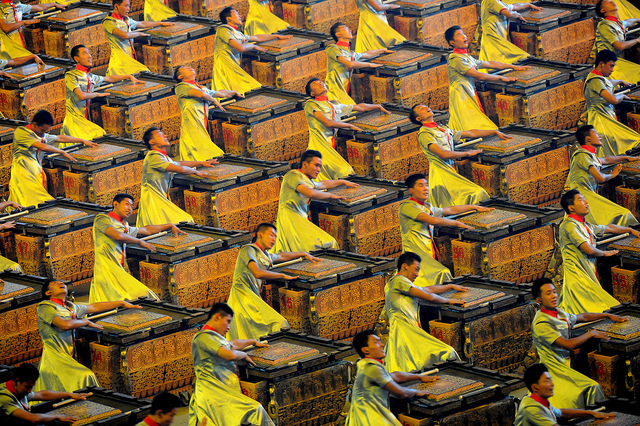 Who could forget the London 2012 ‘Games Makers’: the 70,000 volunteers who gave up their summers to welcome, guide and joke with the global public visiting London, or the incredibly positive media coverage of this scheme?

This was a lesson in uniformed public relations – human but branded. There was a literal uniform yes, but there was also a voice – albeit a slightly louder and cheekier-than-British one – and of course the megaphones!

The campaign was a great success, it created a sense of national pride among UK audiences and togetherness with an international audience.

And the media noticed, with the BBC reporting ‘How volunteers made the Games’ and the Independent attributing ‘Olympics success down to 70,000 volunteers.’

PR LESSON: Create a community and use it to boost your communication

PR is all about creating a voice and personality for a brand, product or service that consumers or businesses want to belong to. This is exactly what the Games Makers achieved for the 2012 Olympic and Paralympic Games.

This voice and personality are created by using a certain style of language and relevant keywords in copy, uniformed brand colours across all communication and content marketing pieces, and they can be strengthened by the creation of a blog space on a client’s website.

Once this community has been created and your client has an audience of trusted followers, you can then begin to generate content from this group of people by asking them for their opinions on a certain topic, to provide reviews or case studies, or take part in surveys.

The results of this interaction can then be turned into a piece of news, an opinion article or an infographic, all of which can secure coverage for your clients. For example, the business data site Company Check surveyed its users and produced a Business Census which was covered in many publications.

With coverage of sporting success breaking at the same time as reports of the muggings of US swimmers, it’s fair to say that the city of Rio is currently the source of some conflicting news reports.

This will no doubt continue throughout the rest of the summer and many of the PR successes and failures from this year’s Games remain to be seen.

To what extent will the Rio communications and PR teams have learned from the mistakes and triumphs of their predecessors?

To recap on the lessons that we can all learn, here are four ways to make sure that you’re at the top of your PR game:

1. Find the human angle to your clients’ product or service and pitch a ‘real life’ story.
2. Be prepared for your clients’ moment of crisis and plan to steer the press through the aftermath.
3. Share your clients’ news in a way that excites and engages the media.
4. Mould your target audiences into communities that inspire your content.

Lauren is part of our digital PR team, and works across our clients and for Impression itself to help promote their messages across the web and provide SEO benefit.

Lauren is part of our digital PR team, and works across our clients and for Impression itself to help promote their messages across the web and provide SEO benefit.

Isn’t it time that Branding and SEO got along?