If I were to sum up this whole blog post in one word, it would be “Focus.” Ad group structure is more important that you think.

By simply focusing on the most profitable areas of your Google Ads account, you can drive more conversions and thus more revenue. After all, the smaller group of searchers that you target, the more they have in common.

What happens when you strip everything back, getting rid of everything apart from the profitable areas of your account? For one of our clients, doing this one thing alone almost tripled revenue month-on-month.

Although we spend most of our days building out campaigns only to then restrict them with negative keywords, doing the opposite – taking a “less is more” approach – can sometimes lead to much better results.

There are some accounts where such a technique could kill growth, but in our particular case, we had a lot of data to work. There was never a danger of spreading ourselves too thin, so once we’d refined things using this method, we saw amazing improvements. We still grow and scale and accounts and think you should too. However, if you have a large account and feel it could benefit, this could be perfect for you.

So, if you’ll excuse the massive irony of this long, detailed post being all about minimalism(!), here’s how you can implement this simple principle into your account and (hopefully) replicate our results!

What’s odder than our outcome is the origin of our inspiration – the world of industrial design.

“Good design is as little as possible. Less, but better, because it concentrates on the essential aspects,  and the products are not burdened with non-essentials. Back to purity, back to simplicity.” – Dieter Rams

Although easy to miss, the three-word slogan “Less, but better” went on to influence both the world of design as well as a global minimalism movement. Now the concept has made its way to PPC, bringing with it unbelievable results.

This isn’t a new idea, but it’s certainly a sensible one. In fact, one of the richest men of all time suggested a similar approach more than a century ago. 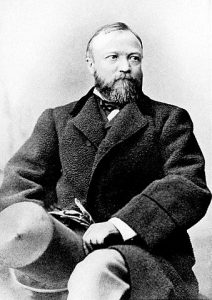 Back in 1885, Andrew Carnegie addressed an audience at the Curry Commercial College in Pittsburgh, Pennsylvania. One of the richest men of all time, Carnegie’s net worth today would be around $310 billion dollars – more than double that of Amazon CEO Jeff Bezos. The fortunate crowd were lucky enough to hear the billionaire discuss his life as a businessman as well as share with them the secret to his success:

“And here is the prime condition of success – the great secret: Concentrate your energy, thought and capital exclusively upon the business in which you are engaged…the concerns which fail are those which have scattered their capital which means that they have scattered their brains also…’Don’t put all your eggs in one basket’ is all wrong. I tell you, put all your eggs in one basket and then watch that basket. Look around you and take notice. Men who do that do not often fail. It is easy to watch and carry the one basket. It’s trying to carry too many baskets that breaks most eggs…” – Andrew Carnegie

As counterintuitive as it may sound, Carnegie was right. Creating more focused Google Ads campaigns not only means more control, but it can also mean more conversions too.

Usually, when building PPC campaigns, we build out campaigns, making them larger over time. In order to keep them under control, we add negative keywords to eliminate anything undesirable. Our aim is to expand the campaigns to drive as much revenue (or sometimes more specifically, as many leads) as profitably as possible.

However, what would happen if we were to turn this idea on its head?

The answer is a resounding “Yes, we can.” On top of this, doing so can bring in more revenue, more leads and be super profitable.

By taking this approach, we increased revenue for one of our clients by 172.07% month-on-month.

It turns out that less is more after all.

This was no small feat: For this particular client, this one change increased revenue by more than £65,000. That’s about an $84,000 increase in revenue. Not small change.

What would explain such an increase? Minimalism.

So, how did we manage to increase revenue by so much in a matter of days? Simple – we eliminated everything unprofitable.

It sounds like common sense because it is, however, when we say “everything”, we really do mean “everything.”

To make sure that you don’t miss anything, we’ve compiled a small checklist below so that you can tick things off one by one.

Faith is particularly important. It’ll feel a bit scary shutting everything off until you start seeing the results.

We didn’t do this on a lead-gen account, but we also saw a 133% month-on-month increase in transactions off the back of these changes. If you’d like to give this approach a go on your lead gen account anyway, you’ll need to mentally replace “profitable” with “converting at a CPA at or lower than your target CPA” below. Let us know how well it works for you! Send us a message via our contact form or leave us a comment below.

Follow these nine steps and you’ll be well on your way to increasing profitability in your Google Ads account.

How do I know what’s profitable and what isn’t?

Google Ads has a handy metric to tell you what’s profitable and what needs chopping. Conv. value / cost (found under “Conversions” when adding columns) is a measurement of how profitable everything is. It’s more commonly referred to as return on ad spend (ROAS).

If something has a ROAS of less than 1, that means that it’s unprofitable (and it’s about to be exterminated). Anything with a ROAS greater than 1 is profitable – the higher, the better. For example, if a campaign has a ROAS of 10 (a 10:1 ROAS), that means that for every £1 that you’ve spent on the campaign, it’s generated £10 in revenue. (You might want to keep spending!)

Identify which campaign types are profitable

Our particular client was running Search, Display, Video and Smart campaigns. Since our goal was to increase the return on ad spend, we added the “Conv. value / cost” column and looked at each campaign type individually.

Search and Display were doing really well…Video and Smart campaigns, not so much. No messing about – we paused the unprofitable campaign types and didn’t look back.

Let’s be clear here: if you set up a display campaign last night, maybe today isn’t the best time to shut it off because it hasn’t converted yet. We’ve made the assumption that your accounts have been running for a while and have gathered enough conversion data that you can actually make decisions with.

An alternative to our “cut everything” approach is to go down a level and look at the profitability of campaigns. Rather than kill off the whole campaign type for being unprofitable, you can just pause any campaigns which aren’t profitable instead. That means that if you have a profitable video remarketing campaign, you should keep it running even if all of your other video campaigns are letting the team down. 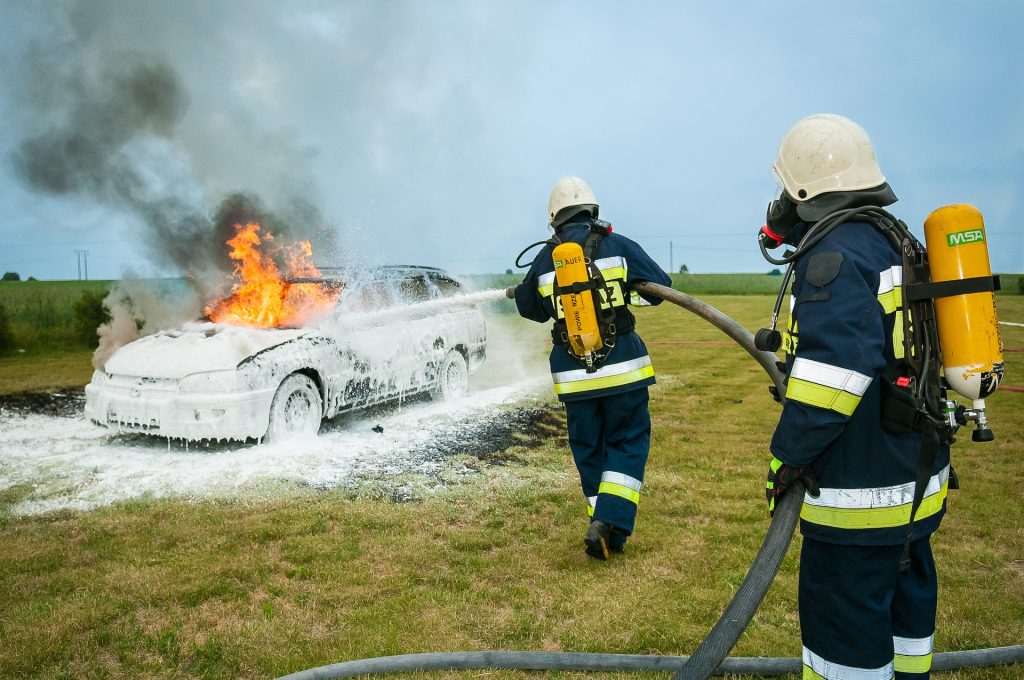 Look up which locations are profitable

Head to Locations, add the column for Conv. value / cost and find any locations that aren’t profitable. Now all you have to do is get rid of them. No ifs, no buts!

With our client, we eliminated whole countries because they hadn’t performed. Remember, nothing is permanent and you can always add them back in later.

If you don’t have many locations to choose from, you need to get more granular with your location targeting. Pull up a Geographic report and then only target the countries/regions/cities that have proven themselves to be profitable.

Open Devices and determine which ones are profitable

Similarly to Locations, have a look at your devices and get rid of any that aren’t profitable.

Still confused? Use this formula: 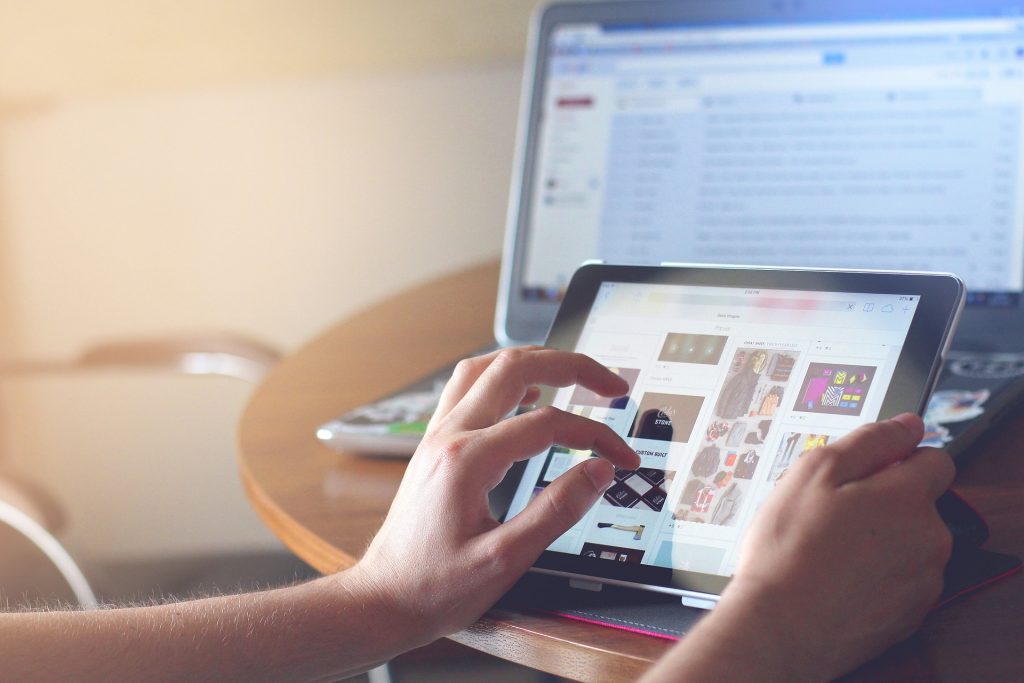 If certain devices aren’t profitable, get rid of them!

This is very similar to what you did earlier with locations. Look at all of your ad groups and establish which ones are profitable. If your account structure is fairly symmetrical at the moment (e.g. you have the same structure but rolled out in different locations) this will be perfect for you, as you can just identify the winning ad groups and create them in all of your new campaigns.

Evaluate which keywords are profitable

Keywords are the lifeblood of any account (for now!) so this step is arguably the most important. As tempting as it will be to leave some stragglers in there, cut everything that isn’t profitable. To ensure constant growth in the account, we suggest adding at least some of your keywords using the broad match modified match type.

Optional: Use a keyword frequency list to help determine an ad group structure

You probably don’t have to do this, but that’s what we did. Why not see what the word frequency counter comes up with and then make a decision from there?

Create new ads based on the ones which are profitable

This step is a little different to the others. This time, look at your ads and single out the types which are profitable. Rather than just pausing any particular ads which are unprofitable, filter your profitable ones, get an idea of the ad structures which have performed well and then create new ads based on these.

The last thing you want to do is not throw enough money at the most profitable areas of your account. Rather than using the ROAS for this, we suggest using revenue. Depending on how you previously split up your campaigns (location/brand/product), we suggest giving more money to the campaigns that brought in the most money.

Put simply, look at your campaigns, find out what percentage of total revenue each campaign was responsible for and then assign a proportional amount of budget to it.

In this case, Nottingham would be given 30% of the budget, Leicester 50% and Swindon just 20%.

Email your boss to show off your great results

I mean, you don’t have to do this bit, but I definitely would. As soon as I started to see the account ROAS double after just a few days*, I knew that it was at least worth a screenshot for posterity.

*A few days later, the ROAS rose even further to 11.84. I just stopped bugging my boss about it.

This approach isn’t for everyone

Considering this is a post about minimalism, it’s a lot to take in. Going smaller instead of bigger isn’t for all advertisers, depending on your marketing goals. What’s most important is that you take the right approach for your account.

Our PPC team produces and executes profitable paid marketing strategies, big and small. If you’d like to find out how we use data-driven insights alongside a combination of technology and creativity to drive high-performance campaigns that make a tangible difference to your bottom line, please get in touch.